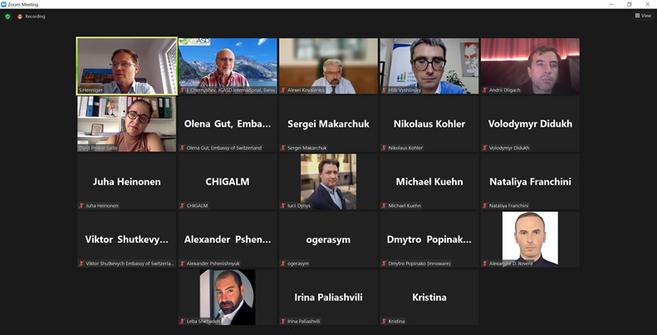 Launched on 14 July 2022 at the High-Level Political Forum (HLPF) on Sustainable Development, which this year is held around the theme of ‘building back better’ from the pandemic, the UN reports draw on UNWTO’s statistical work to track tourism’s role in delivering meaningful progress for people and the planet. Specifically, the UN SG Progress report on SDGs with its statistical annex will serve as an input to the deliberations of the HLFP.

Prepared in collaboration with the entire UN Statistical System, the reports and their latest available data show that action is needed to accelerate the delivery on the SDGs and to step up national measurement efforts, including for the tourism sector.

A United Nations global assessment of progress towards the Sustainable Development Goals (SDGs) makes clear the important role that tourism must play in achieving the ambitious agenda for change.

As demonstrated in section on SDG8 (“Decent Work and Economic Growth”), tourism a major force of development was one of the most affected economic sectors by the COVID-19 Pandemic as global GDP from tourism nearly halved between 2019 and 2020, with wide-reaching consequences for jobs, local businesses, and conservation efforts.

On SDG12 (“Responsible Production and Consumption”), UNWTO’s statistics serve to highlight the importance of national efforts to implement standardized tools like Tourism Satellite Accounts (TSAs) and the System of Environmental-Economic Accounting (SEEA). Both underpin the UNWTO-led Statistical Framework for Measuring the Sustainability of Tourism (MST) that assesses the social, economic and environmental impacts and dependencies of tourism—at national and sub-national levels.

GJASD International has been participating in the meetings of the Working Group of Experts on Measuring the Sustainability of Tourism (WGE-MST) and its Sub-Group on Tourism Employment since its creation in 2018.

The UN Statistical Commission held earlier in 2022, has taken four decisions on MST and more than 20 countries worldwide plus the African and CARICOM regions have expressed their support to MST.

Mr. Peter LAIMER (Chair of the WGE-MST, Co-chair of the UNWTO Committee on Statistics and Deputy Director, Directorate Spatial Statistics, Statistics Austria) plans to convene a meeting of the Working Group of Experts in October 2022 to discuss a new version of the Statistical Framework as well as MST piloting and SDG indicators. Mr. Igor Chernyshev, Vice-President of GJASD International, is planning to participate in that meeting.

Dr. Dligach presented the priorities and structure of the programme for the country’s renewal. One of his key messages is that the economic shock of the war in Ukraine is having differing negative effects on various sectors of the economy.  At the same time the country continues to operate, the government provides its citizens’ essential services and the financial system has demonstrated resilience. The most revealing figures are presented in slides reproduced below.

Central hall and the exhibition stands 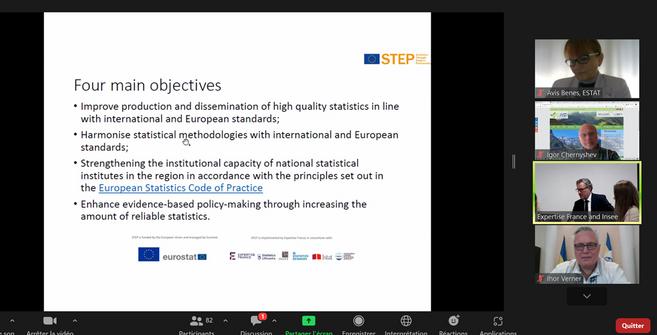 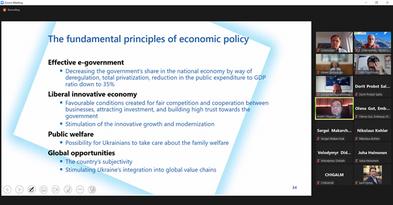 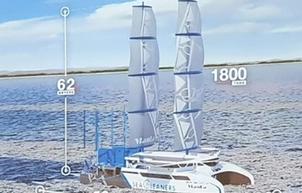 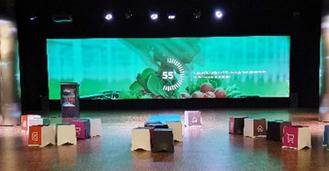 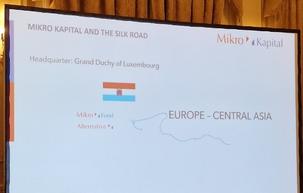 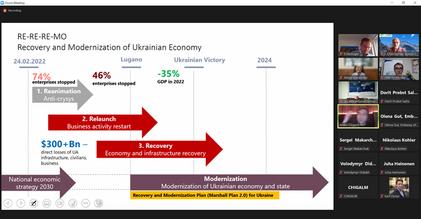 After the official part, Mr. Chernyshev met H. E. Mr. Jamshed Khamidov, Ambassador of Tajikistan, whom he briefly informed about the objectives and areas of work of GJASD International.  The ambassador invited Mr. Chernyshev to continue their discussion at the embassy to identify possible areas for the association’s activities in Tajikistan.

Later, Mr. Chernyshev met Mr. Vincenzo Trani, President of Mikro Kapital, who introduced him to Ms. Alina Zaharia form the “Generation” private company representing Mikro Kapital in Switzerland. It was agreed that GJASD International would organise a meeting with the “Generation” to discuss a fundraising procedure to finance certain association’s upcoming projects.

Mr. Hugo Oberson, Team Leader ​for  Central Asia and the Caucasus, tells that meeting that on 14 September 2022, he and Mr. Chernyshev participated in the conference organised by the Mikro Kapital Fund (Luxembourg) to promote investments from the Swiss financial and business community for development in Tajikistan. MIKRO FUND was created to support micro and small entrepreneurs' lending, financial and operational leasing, and other micro-financing activities worldwide.

The conference, held at the Four Seasons Hotel des Bergues (Geneva), was opened by H. E. Mr. Jamshed Khamidov, Ambassador of Tajikistan in Swiss Confederation, with an opening speech “Let me introduce you to my country, Tajikistan”.

The International Climate Show: Solutions and Innovations  was held at Palexpo Geneva (Switzerland) on 20 and 21 April 2022 was dedicated to Eco-innovations for climate and environmental protection (ClimateShow-2022).

Inauguration of the Climate Show 2022 was held on 20 April followed by the Press Conference with the Climate Show organizers led by Dr Nadia Plata (founder of the Climate Show), Mr. Fernand Cuche (General Secretary of the Union of Swiss Producers),  PANGAEA X with Mr. Mike Horn (South African-born Swiss, professional explorer and adventurer) and Ms. Jessica Horn (a women’s rights/gender equality expert), Mr. Yvan Bourgnon adventurer, a competitor and a seasoned skipper committed to the ecology, "Gladiator of the seas”), the Catwalkers and the media.

During two days, visitors had the opportunity to participate in several workshops and conferences. They could discover the Pangaea X project led by Mike Horn, conferences of visionary personalities such as Mr. Yvan Bourgnon who shared the latest news about his project on a giant oceanic plastic pollution Manta boat designed to remove pollution from the oceans. A numerous workshops were organised for young people in the field of ecological science.

In addition, 13 innovative companies and start-ups demonstrated a large number of sustainable innovations.

In February 2022, GJASD International signed the sixth service contract extending its collaboration with Expertise France for the provision of individual expertise as part of the international cooperation project “Statistics through Eastern Partnership” (STEP).

A series of on-line technical meetings were held with senior subject matter specialists of the State Statistics Service of Ukraine (SSS) on the “Methodology of the Labour Force Survey (LFS)”.

The ultimate objective of the individual expertise was to assist the SSS in the improvement of the LFS by incorporating the relevant recommendations of the 19th ICLS as well as the EU Regulation № 2019/1700 of the European Parliament and of the Council(eur-lex.europa.eu/legal-content/EN).

The contract was successfully implemented despite the extremely difficult and unsafe working conditions caused by the war in Ukraine.

Mr. Vyshlinksy, presented current macroeconomic challenges and implications for business. Economic planning for the country’s renewal is underway by the Ukrainian Government and local business community in coordination with European and international partners. 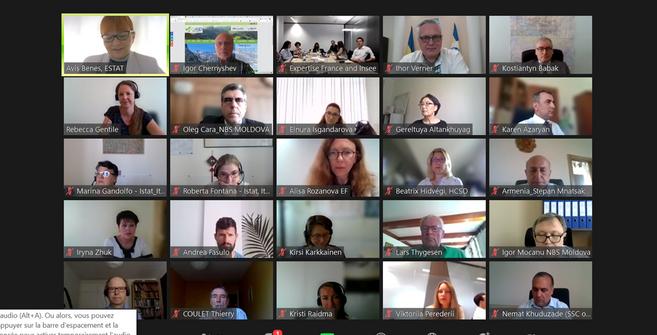 Mr. Igor Chernyshev, Vice-President of GJASD International, participated in the Show and discussed with Dr Nadia Plata a possibility of launching a project in the Pacific island countries with the objective to create green jobs for the indigenous peoples. GJASD International has participate in all Climate Shows organised since 2018 and friendly relations have been established with Dr. Plata and her Team.

This time, Dr. Plata introduced Mr. Chernyshev to Mr. Jeremy Sadler, INTRON Executive (Australia), who came all the way to Geneva to visit the Show with a great idea of organising one of its future meetings in Australia. Mr. Chernyshev used the opportunity and discussed with Mr. Sadler the initiative of GJASD International of launching a project on green jobs creation for the indigenous peoples of Australia and the Pacific Island countries through their involvement in green tourism. Mr. Sadler welcomed the initiative and offered his assistance in promoting such a project in Australia.

Mr. Chernyshev attended several conferences, of which one was of particular interest as it was directly linked with the potential of creating green jobs through collecting floating plastic waste in high concentration areas before it sinks or breaks down into microplastic. Such jobs can be created thanks to the Manta, a giant sailing boat, taking on oceanic plastic pollution. That concentrated ecology and technology floating factory ship is the first of its kind capable of collecting, processing, and recovering large quantities of marine plastic waste (explore the Manta in videos at: www.theseacleaners.org.

The Conference was organised and delivered by Mr. Yvan Bourgnon, Chairman and Founder of The SeaCleaners - the Swiss NGO that provides solutions on land and at sea to fight against plastic pollution. 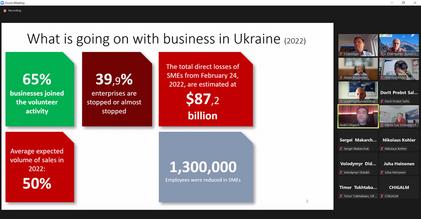 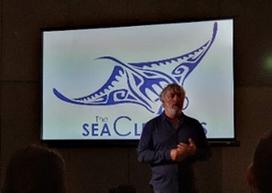 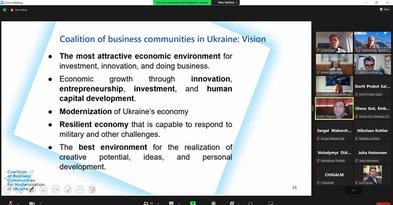 Finally, Mr. Andriy Palka, Chair of Management Board, Imon International (Tajikistan), made the online presentation “SMEs and female entrepreneurship is the backbone of Tajikistan’s success”, where he briefly described how his company was helping female entrepreneurs to establish and develop their business through 103 banking service centres in more than 40 cities and districts of the Republic. 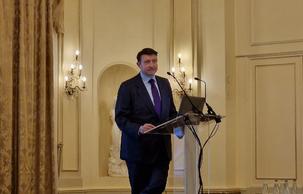 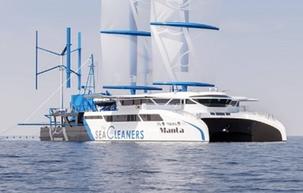 Thereafter, in his presentation “What brought us in Tajikistan”, Mr. Vincenzo Trani, President of Mikro Kapital, informed participants about the challenges encountered and results achieved by the fund despite the COVID 2019 pandemic lockdowns and economic depression. 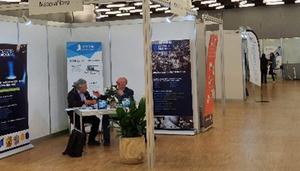 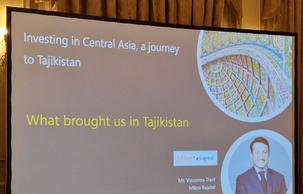 Mr Yvan Bourgnon, Chairman and Founder of The SeaCleaners; and the Manta giant sailing boat 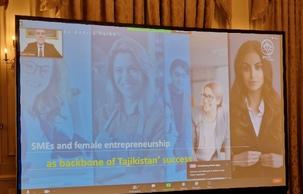 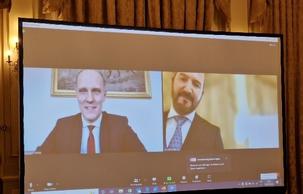 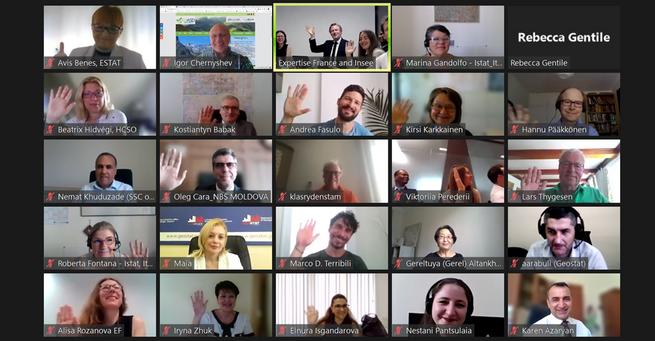 On 15 September 2022, Mr. Igor Chernyshev, Vice-President of GJASD International, took part in a Webinar “Ukrainian Business in Time of War – Day 204” held by the Ukraine Chapter of the Joint Chamber of Commerce of Switzerland to better understand economic conditions and reconstruction plans.

Embassy of the Republic of Tajikistan in Swiss Confederation 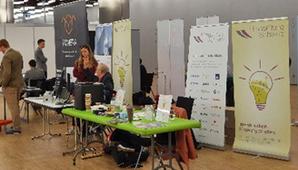 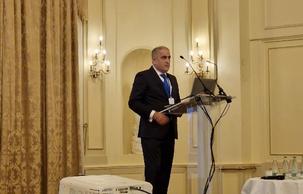 The activities in which GJASD International is involved include:​​ 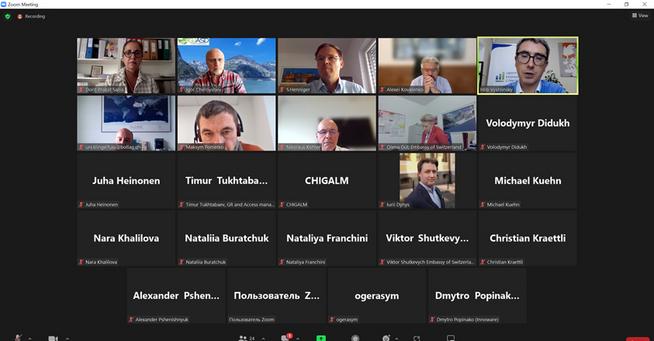 In April 2022, GJASD International signed a new service contract further extending its collaboration with Expertise France for the provision of individual expertise as part of the international cooperation project “Statistics through Eastern Partnership” (STEP).

A series of on-line technical meetings were planned to be held with senior subject matter specialists of the National Bureau of Statistics of Moldova (NBS on the “Methodology of the Labour Force Survey (LFS)”.

The main objective of this assignment is to assist the NBS in the improvement of the LFS by incorporating the recommendations of the 19th ICLS covering the following forms of work:

Given that GJASD International signed seven service contracts with Expertise France and worked on their implementation during May 2020 - June 2022, the association was invited to the Final Event organised by STEP on 30 June 2022 to celebrate the Programme’s achievements with partner countries.

The event was attended by 90 participants from national statistical institutions of five Eastern Partnership Countries (Armenia, Azerbaijan, Georgia, Moldova and Ukraine), Eurostat, as well as members of the Consortium (Expertise France, INSEE, ISTAT, Central Statistical Office of Hungary, Statistics Lithuania and Statistics Denmark).  Short-Term Experts (STEs) who were involved in providing of expertise during the course of the Programme also participated.

The above high-level representatives from the five partner countries presented the achievement and benefits of STEP and emphasised the ways that STET had contributed to their statistics as well as cross-cutting issues.